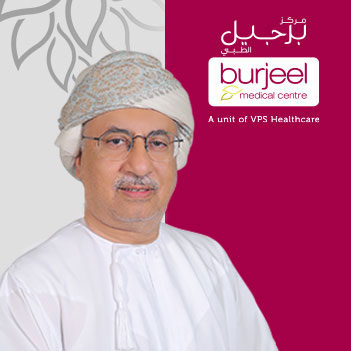 He joined Ministry of health and worked his way to his current position, having completed his Post Graduation in Glasgow, Scotland, as the first Omani Endocrinologist.

Pioneered the clinical Exams in Oman, initially as MRCP and later on PaCEs.

Dr. Al Lamki is a Fellow of the Royal College UK, President of AACE-Gulf chapter and in addition to heading the Medical Endometabolic unit at the Royal Hospital, he is also the head of the Subspecialties. He has been instrumental in conceiving and commissioning the first purpose built center for Diabetes and Endocrinology in Oman ( National Diabetes and Endocrine Center). Member of the Gulf Group for the Study of Diabetes (GGSD), with affiliation and collaboration with EASD ( European Association for the study of Diabetes) activities.

He has a number of publications in peer journals, and is one of the main editorial members for Sultan Qaboos Medical Journal.

He has an active role in teaching both undergraduate and Residents in Oman Medical Specialty Board. Dr Al Lamki is the current President of AACE Gulf Chapter.