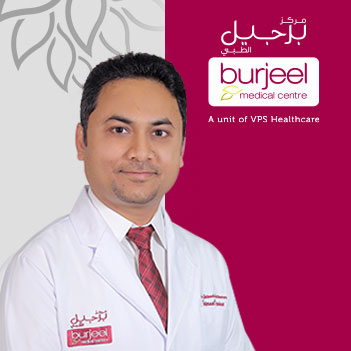 Dr. Jitendra Motavar completed his graduation (MBBS) in the year 2000, and thereafter his Doctorate in Medicine (MD) in 2014 from the Baroda Medical College of the Maharaja Sayajirao University, India.

Dr. Jitendra started his career in 2004 at the Baroda Heart Institute & Research Centre, Vadodara, India as a Specialist Internal Medicine and ICCU physician, with extensive work in cardiology and Critical Care Medicine. In 2008, he moved to the Dhirubhai Ambani (Reliance) Hospital, Jamnagar, where he practiced as a Fulltime Physician handling OPD (Outpatient Department), IPD (Inpatient Department) as well as a Diabetes Obesity clinic. In 2011, Dr. Jitendra moved to the Middle East where he worked as an Internal Medicine Specialist at a private hospital in Abu Dhabi. After 2012, he moved back to India where he continued his practice at the Baroda Heart Institute and Research Centre as a consultant Physician. Subsequently, he joined Lifecare Hospital, Bodeli in India where he handled intensive care patients, OPD, IPD as well as additional responsibilities such as teaching and patient counselling and hospital administration. From May 2015 onwards, he is serving as a specialist Internal Medicine, at Burjeel medical Centre, Azaiba, Muscat, for more than four and a half years.

Dr. Jitendra has more than 15 years of experience in his field spanning the Middle East and India.