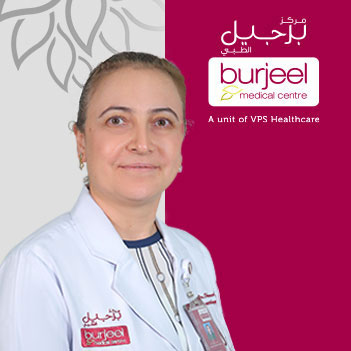 Dr. Al Shaar Ohoud completed her graduation (M.B.B.S) from the University of Tishreen, Syria in 1996. Subsequently, she pursued her M.D. in Obstetrics & Gynecology from the same university in 1998.

Dr. Al Shaar Ohoud started her career in her home country Syria initially with Syrian Ministry of Health and later on with the National Obstetrics Hospital in 1999.

With over 20 years of experience, Dr. Ohoud has worked in a number of roles which include being the Chief of Laparoscopic Surgery at National Obstetrics Hospital and practicing as a Specialist in Obstetrics & Gynecology at various other hospitals.